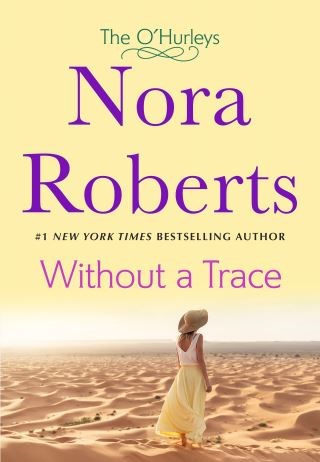 An O’Hurley novel from “America’s favorite writer” (The New Yorker), #1 bestselling phenomenon Nora Roberts, Without a Trace tells the story of the sibling who abandoned his familial responsibilities for a carefree life only to discover something truly worth living for—and someone worth risking his heart to love.

Trace O’Hurley traveled the world on a series of dangerous adventures where he witnessed humanity’s darkest impulses erupt time and again—and engaged in actions that no amount of alcohol can ever make him forget. Then Dr. Gillian Fitzpatrick intrudes upon his self-pitying solitude, desperate for his help in rescuing her family from terrorists. Her plea has given Trace an opportunity to use his skills for the right reasons, hope that he is worthy of redemption, and love that he never believed he deserved.

Nora Roberts: NORA ROBERTS is the #1 New York Times bestselling author of more than 200 novels, including Hideaway, Under Currents, Shelter in Place, Year One, Of Blood and Bone, The Rise of Magicks and many more. She is also the author of the bestselling In Death series written under the pen name J.D. Robb. There are more than 500 million copies of her books in print.