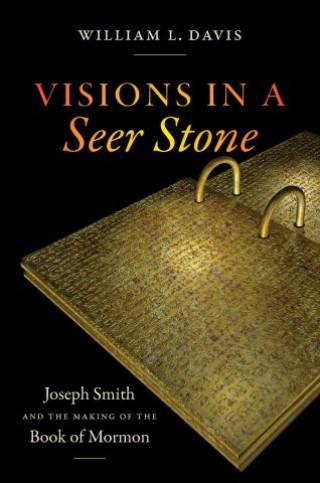 Visions in a Seer Stone

Joseph Smith and the Making of the Book of Mormon

In this interdisciplinary work, William L. Davis examines Joseph Smith's 1829 creation of the Book of Mormon, the foundational text of the Latter Day Saint movement. Positioning the text in the history of early American oratorical techniques, sermon culture, educational practices, and the passion for self-improvement, Davis elucidates both the fascinating cultural context for the creation of the Book of Mormon and the central role of oral culture in early nineteenth-century America.

Drawing on performance studies, religious studies, literary culture, and the history of early American education, Davis analyzes Smith's process of oral composition. How did he produce a history spanning a period of 1,000 years, filled with hundreds of distinct characters and episodes, all cohesively tied together in an overarching narrative? Eyewitnesses claimed that Smith never looked at notes, manuscripts, or books—he simply spoke the words of this American religious epic into existence. Judging the truth of this process is not Davis's interest. Rather, he reveals a kaleidoscope of practices and styles that converged around Smith's creation, with an emphasis on the evangelical preaching styles popularized by the renowned George Whitefield and John Wesley.