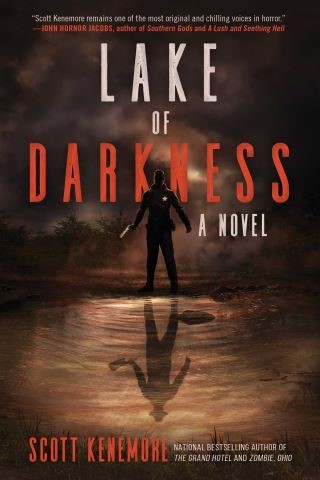 An Alternate History in which Power, Crime, and the Supernatural Intersect on the South Side of Chicago

During the First World War, on the South Side of Chicago, officer Joe “Flip” Flippity has begun an investigation into a serial decapitationist who is hunting young children. At a time when African American officers are rendered second-class by prejudicial policies, Flip is nonetheless called upon by the mayor of the city—the legendary Big Bill Thompson himself—and a host of powerful city fathers, to thwart this murderer who threatens to destroy the city's reputation as a safe haven for those making the Great Migration north.

While searching to catch his killer—and to discover why the most powerful men in Chicago are truly concerned about the murders of poor black refugees—Flip's bloody trail takes him through the South Side’s vice districts (where anything is available for a price), across its most dangerous criminal underbellies, and into a bracing and unexpected world of supernatural horror.

As Flip digs deeper in his quest to protect the city’s most vulnerable, he stumbles upon more mysterious murders, confounding psychological puzzles, and terrifying hints of something "other" that may reach across from unknowable distances to guide the hand of a killer. It soon becomes apparent that all is not as it seems, and that mysterious and powerful forces are conspiring to stand in Flip’s way.

A combination of detective thriller, cosmic horror, and historical fiction, Lake of Darkness takes us to the deepest and darkest places in Chicago’s very dark history.

Scott Kenemore: Born in New York and educated at Kenyon College and Columbia University, Scott Kenemore is the nationally bestselling author of The Grand Hotel, Zombie, Ohio, and numerous other works of horror, fiction, and satire.  He lives in Evanston, Illinois.