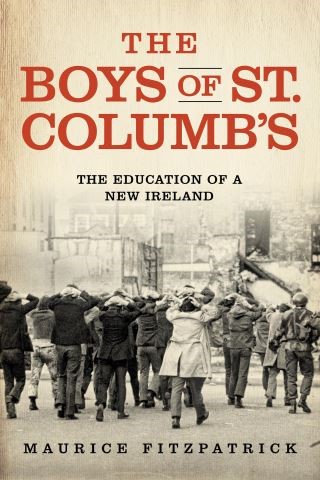 The Boys of St. Columb's

The Education of a New Ireland

The Boys of St. Columb's chronicles the schooldays of eight illustrious alumni of St. Columb's College in Derry, Northern Ireland, and the political consequences of their education. A companion to a BBC/RTÉ documentary film The Boys of St. Columb’s (2010), this book traces the first generation of children to receive free grammar school education as a result of the ground-breaking 1947 Education Act in the region. The book shows how conditions in Northern Ireland changed as a result of the mass education of its population, culminating in the Civil Rights Movement in the late 1960s, which drew its inspiration from the United States. The Boys of St. Columb’s were Bishop Edward Daly, SDLP leader and Nobel Peace Prize–winner John Hume, poet and Nobel laureate Seamus Heaney, critic Seamus Deane, diplomat James Sharkey, activist Eamonn McCann, and musicians Phil Coulter and Paul Brady. Maurice Fitzpatrick incorporates extensive interviews with this group of extraordinary figures five decades after they graduated, and their stories still resonate today with unique reflections on their backgrounds and their coming of age. For some, their time at the college was transformative in a mostly affirming way. For others, the culture of violence, both within the school and in Northern Irish society at large, was traumatic. The fact that higher education was available to all sections of the community, and particularly those from working class backgrounds, remade the society. The book’s historical resonance continues to grow since it first appeared in 2010, and the narrative can be viewed in a new light as a result of the current political realities in the UK and Ireland.