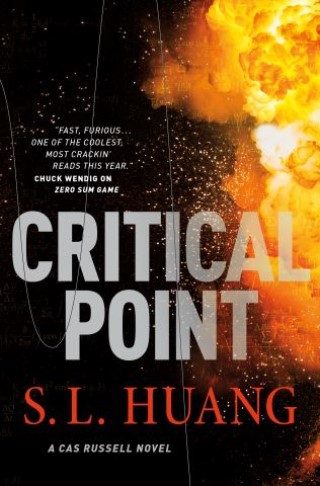 Math-genius mercenary Cas Russell has stopped a shadow organization from brainwashing the world and discovered her past was deliberately erased and her superhuman abilities deliberately created.

And that's just the start: when a demolitions expert targets Cas and her friends, and the hidden conspiracy behind Cas's past starts to reappear, the past, present, and future collide in a race to save one of her dearest friends.

At the Publisher's request, this title is being sold without Digital Rights Management Software (DRM) applied.

S. L. Huang: S. L. HUANG has a math degree from MIT and is a professional stuntwoman & armorer who has worked in Hollywood on Battlestar Galactica and a number of other productions. Her short fiction has appeared in Strange Horizons, Nature, and The Best American Science Fiction & Fantasy 2016. She is the author of the Cas Russell series, which includes Zero Sum Game, Null Set, and Critical Point.